Skip to content
Gorsline Park and Sam Patch’s Jump Gorsline Terrace Park lets you view Rocheser’s High Falls and the Genesee River Gorge.  Don’t miss three highlights you can see only from this spot: the eastern view of the lip of High Falls; the original wheel pit of Rochester’s early saw mill; and The Leap, a small balcony near the spot where Sam Patch took his last jump.

Sam Patch was a famous daredevil in the 1820′s, the first person to go over Niagara Falls and survive. In 1829 he came to Rochester to tackle the High Falls. He successfully made the jump twice. The first was for practice and the second was in front of what he considered too a small crowd. More than half of Rochester paid to watch as Sam took his fatal plunge on Friday the 13th of November. Witnesses claim something must have gone wrong.  His feet did not straighten out and his body slammed into the water below. Despite speculation that he was hiding, waiting for a triumphant return, this was his last jump. His body was found frozen in the ice, at the mouth of the river in Charlotte, the following spring. 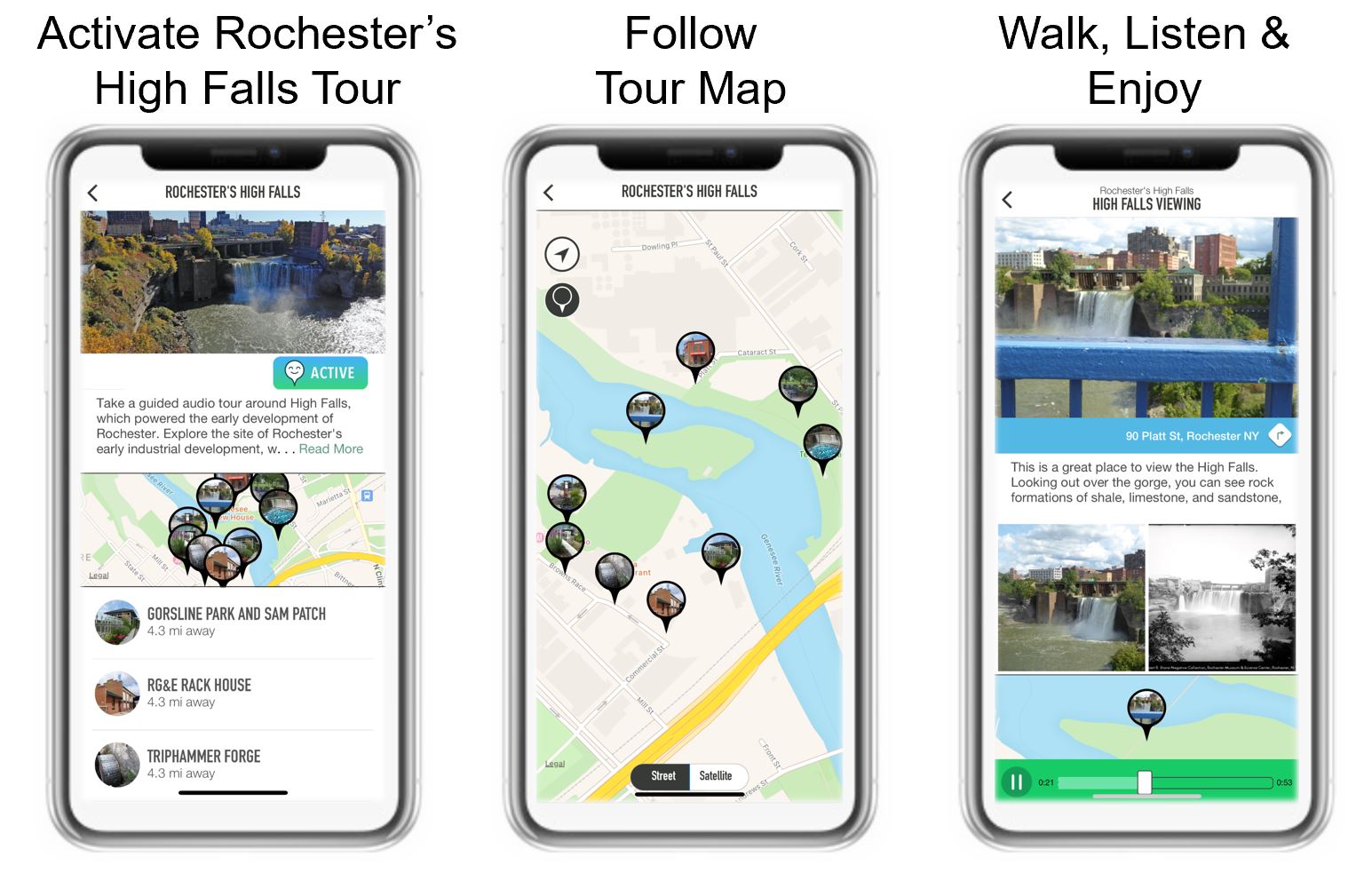 Gorsline Park is one of the many locations along the Genesee River that you can hear about using a free audio-guided tour of Rochester’s High Falls created by Greentopia and Tour Blend.  The tour helps you explore the site of Rochester’s early industrial development, where races diverted water from above the falls and turned waterwheels that were used to feed flour mills. You’ll get a spectacular view of the falls from a pedestrian bridge which spans the Genesee River, as well as several other locations. iPhone users can download the free Tour Blend iPhone App from the Apple App store and select “Rochester’s High Falls” tour.